Car manufacturers spend millions each year marketing their vehicles with a focus on the driving experience. The problem most people have is that the best driving experiences come in the shape of a £40,000+ car.

Even if you’re not limited by budget, there are speed limits on the roads that stifle your driving experience. Even travelling at 70mph, it feels like the car is gliding. Cruise control may be smooth but it’s not exciting.

Clearly, there are not many venues that give you the opportunity to jump into an armoured tank, but Imperium Battlegrounds in Kent is doing its level best to change that.

The company has acquired a fistful of genuine, authentic military vehicles and built a military-themed assault course complete with bunkers, sandpits, water pools, grass ridges and more dip and bumps than a rollercoaster.

Do you want to know what you can drive?

The Schutzenpanzer Saurer is a 15-ton behemoth with a maximum speed of 40 mph (65km/h). Whilst the top speed of these beasts doesn’t sound all that much on paper, it feels like you’re travelling much faster when you’re careering over obstacles you would expect to find in a battleground.

Used by the Austrian military, the iconic Schutzenpanzer is fitted with 6V turbo diesel engine and has a low profile which helps it cover the ground quickly…and you feel every inch of the ground as you pass over it. If you’re looking for the ultimate driving experience, a military tank comes pretty close.

Military driving experiences have the potential to become the next craze for passionate drivers. And the Austrian Saurer APC is one of the fastest tanks you’ll ever have the chance to handle unless you join the military.

Personnel carriers have the appearance of a tank, but their lightweight build enables the ferocious machines to scuttle over the ground at a rapid rate. And when you’re tackling rugged terrain, this is a thrilling driving experience that really gets the heart racing.

The iconic G-Class Wolf is arguably the most recognisable military vehicle thanks to its preference in war films together with box office hits like Fast and Furious and Jurassic Park.

Boasting a turbocharged diesel engine, this masterful 4×4 is capable of reaching speeds up to 80 mph (130km/h) which can be pretty hair-raising on unpredictable terrain. The G-Class military driving experience is not for the faint of heart.

The Unimog has been an age-old military favourite since the late 1940s that to its versatility and all-wheel-drive truck capability. This robust beast was built for tacking uneven surfaces and handles Imperium’s military safari with an assuredness that helps to fill drivers with confidence as you bomb around another bend. 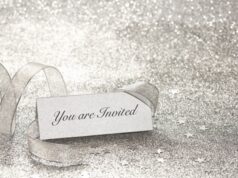